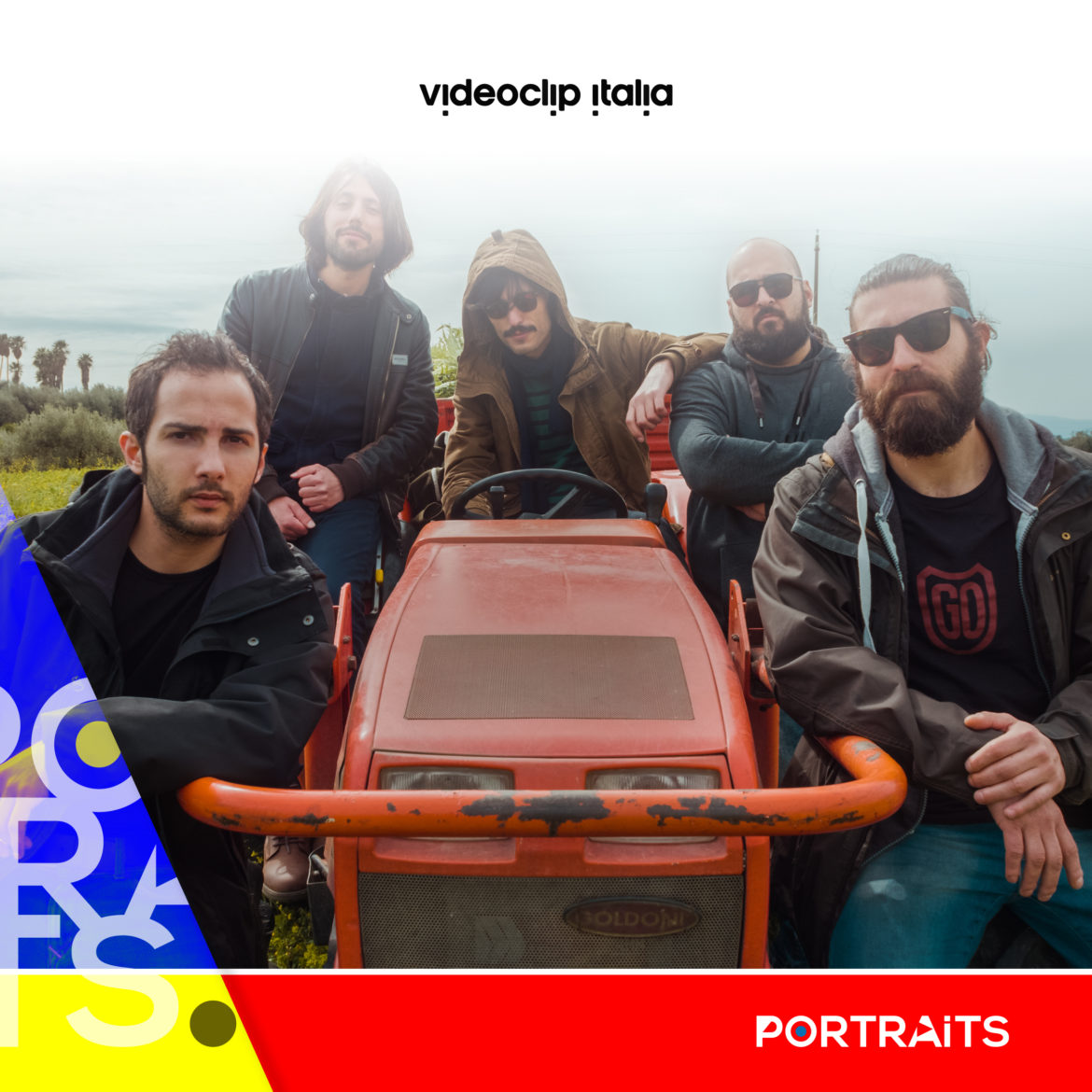 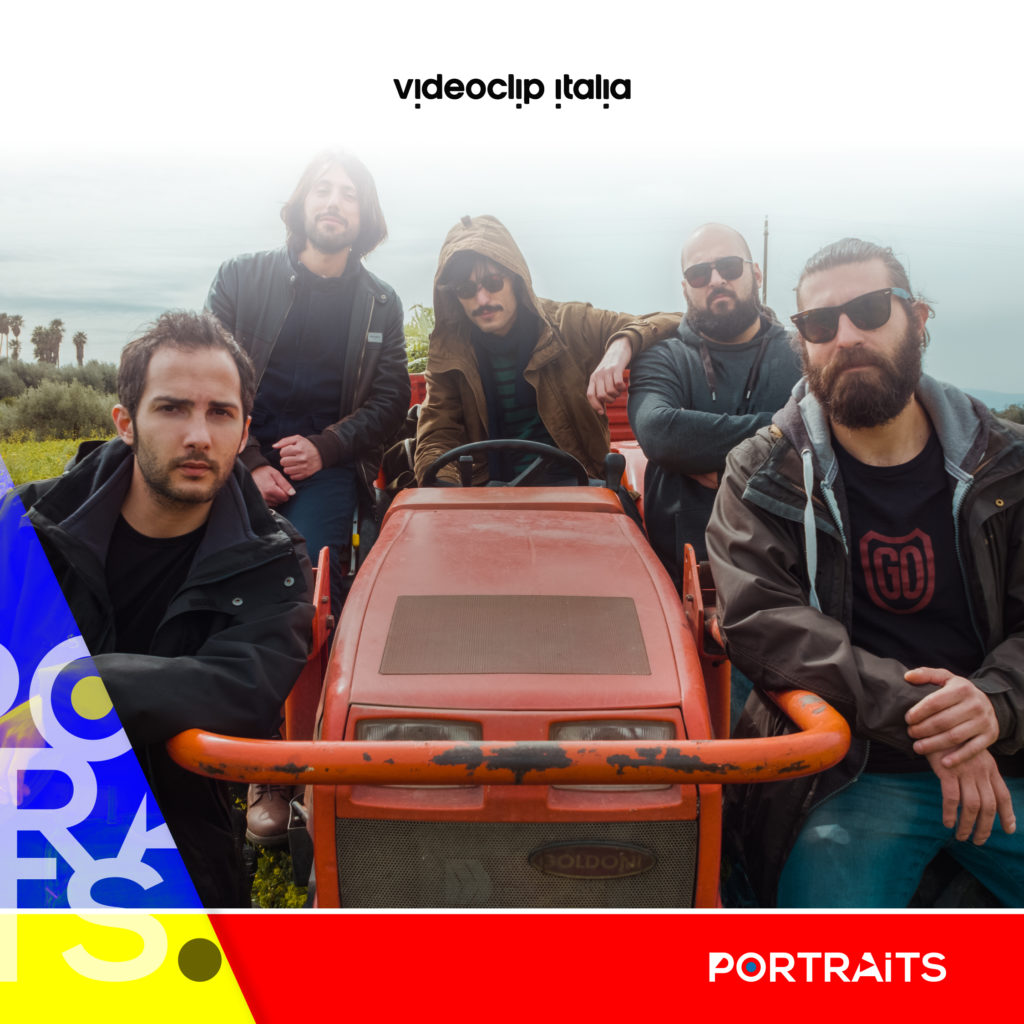 For our first episode of Portraits, we interviewed Zavvo Nicolosi, a director based in Catania and leader of the collective/production house called Ground’s Oranges. Even if they are not based in Italy’s main cultural clutches (i.e. Milan, Rome) they still have managed to establish themselves as one of the distinguishable production houses for indie music videos thanks to their clean and almost pictorial style and a taste for weird narration and off-beat sense of humor.

Ground’s Oranges is a videomaking group founded in Catania in 2011, composed of Zavvo Nicolosi (director), Jacopo Saccà (dop), Dimitri Di Noto (production), Marco Riscica (graphic designer), and Riccardo Nicolosi (sound engineer). Under this pseudonym they have made music videos for several artists of the Italian indie scene including Colapesce, Zen Circus, and Baustelle. In 2013 and 2014 they received 2 Vimeo Staff Picks respectively for the musical shorts “Prefuneral Luigi Virgillito” and “Stuff Pick”. They were also winners of the PIVI 2018 (Italian Independent Music Video Award) with the video “Maometto a Milano” by Colapesce. In 2016 they created the project “Cambogia”, a parody of indie singer along the lines of the new Italian indie-pop singer-songwriters.

«Music videos should be the perfect fusion of music and images, a mixture of arts and different artistic universes confronting each other, but often it’s not like that. Artists, labels, producers, and directors rarely share the same vision. You must fight to get what you want. Selfishly speaking, I would say that for us music videos are a good training ground to test different genres and film styles whenever a song allows it. We imagine them all as small movies condensed in a few minutes».

«Initially I preferred conceptual videos, or at least the kind of atmosphere they convey. They seemed to me more innovative and had a stronger visual impact. Then I started to notice that it was simply a fashion and the works I was watching were all similar, even the more specific ones. Thus we decided to go back to the narrative but in an updated and more personal form. Most of our videos have a classic layout jagged by non-linear narrative tricks. We are always pleased to know that people can recognize our work from many aspects, whether they are thematic or stylistic. For us, playback should be abolished from planet earth, unless it is justified by something».

«Our attitude varies a lot depending on the type of project. Sometimes you feel more involved or more in line with what you have been asked, sometimes you like the song and sometimes you don’t. Then there is the money that changes everything. Budget is the maximum limit to imagination: you can think of making a video with 100 pink Ferraris, but then you end up with just a Fiat Panda. Throughout the process you can alternate between different moods: happiness, euphoria, anxiety, frustration, apathy, dissatisfaction, and anger. You don’t ever know if what you thought will really be translated into images and with what result».

«Our best work is probably Totale, for Colapesce, an Italian songwriter. It has been a massive production work for us in terms of days of work and means of production. It’s a video full of ideas and images that blend together nimbly while being totally different. Our favorites though are two minor videos for fame: Canadian Ranger by Fitness Forever, which expresses all of our prickly and nerdy sides, with a superhero coming directly from some Japanese TV series of the 70’s, and Spine by Maldestro, a story about popular beliefs and black magic set in the deep Italian South, all of which are recurring themes in our works».

«We listened to the song exhaustively, sometimes the idea comes after 5 seconds and sometimes suddenly after days when you don’t even think about it anymore. Once we have found the idea(s) we propose it and, if it is accepted, we write a simple treatment to be read by the artist and the label. In the next step we cut the song within the editing program to understand in how many shots it is divisible. On the basis of this we develop the plot in more detail so that the various points coincide with the different parts of the song (intro, verse, chorus, etc.). Generally we use sheets with a written number of shots divided by scenes, with notes and more notes. We only make storyboards for the most complex videos where you can’t afford to waste time or make mistakes. During editing we hardly have any surprises, and we don’t do many large changes at this stage. Improvisation is essential, whether it’s putting in details or an entire scene on the spot, or solving a problem. With a rage of unforeseen events and infinite little f*****g problems we have become true masters in the art of improvisation».

«Working with a group of people who become a real family, with the good and bad moments, laughter and the scares is the best part of this job. Before, during, and after every single video, everything happens, a world emerges made of anecdotes and absurd people with whom you have come into contact. And then there is that pleasure of creating something new from nothing, full of all the nonsense that you had only in your head. It is the charm of the cinema, that motivates you to go on even when everything has gone wrong and you know perfectly well that you are just going to f**k yourself».