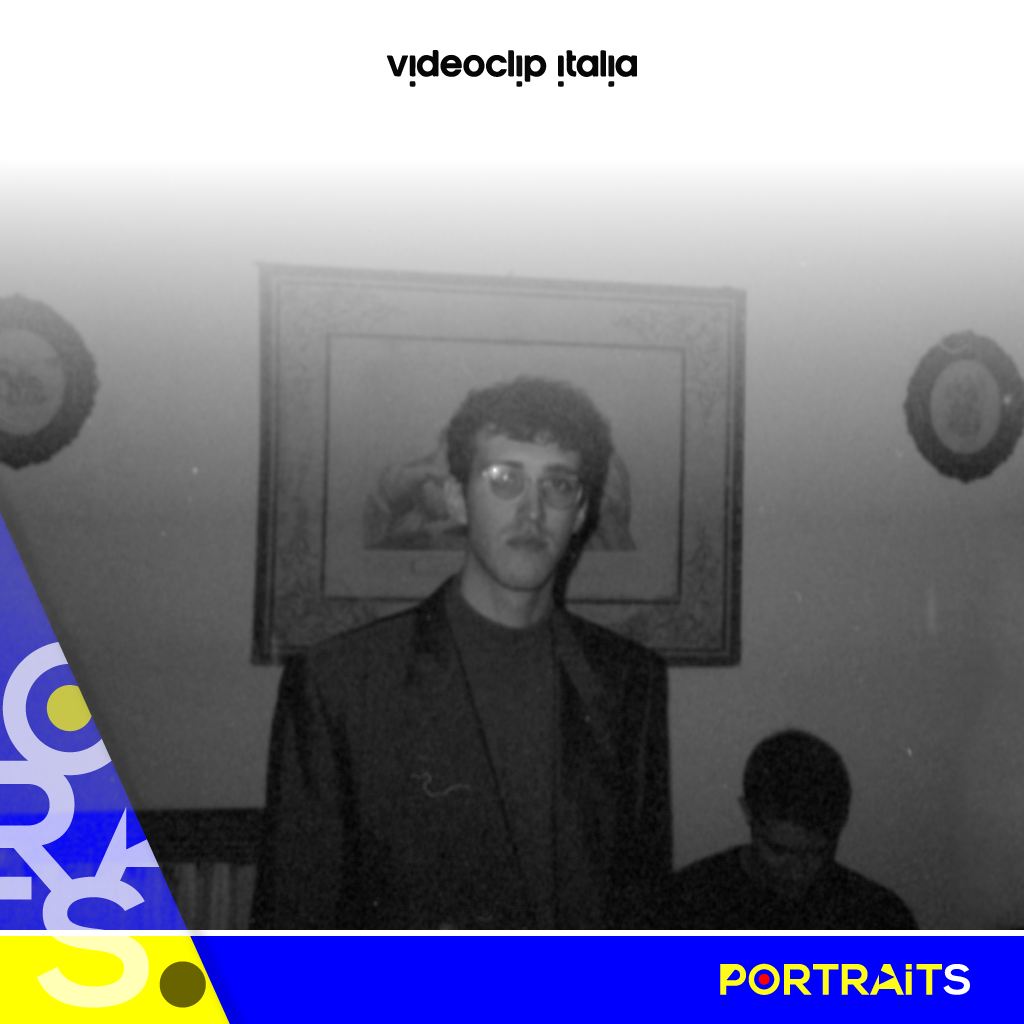 After interviewing Ground’s Oranges for episode 01 Cinepila for episode 02 and Bendo for episode 03 – alla of whom are collectives – we decided to interview a director working on hiw own, very often also ad DOP and editor of his music videos. Enea Colombi (Vimeo, Instagram) is definitely one of the italian music videos rising stars, he started very young just few years ago and now he is already one of the most requested directors in the national market.

Enea Colombi is one of the youngest and most promising Italian directors. He began his career at 16 when he made his first music videos for the Italian rap scene, and at 18 he signed his first contract with Universal Music. From that moment on, he directed many very successful videos in Italy. His works are always innovative and with an international look.

Enea is a director and DOP, passionate about architecture: his works are often characterized by a maniacal attention to the choice of locations aimed at creating a dialogue between bodies and environment. Lately he has collaborated with brands such as Kappa, Diesel, Fratelli Rossetti, and Alviero Martini. He received 4 nominations during the last edition of the Milano Fashion Film Festival winning in the category “Best Brand” with the short film for Fantabody. He was included in the top 20 directors to be followed by I-D Magazine in 2020.

WHAT IS A MUSIC VIDEO?

«The music video is the medium through which music takes a visual form; the images accompany the sound and sound give life to the images; it is the meeting point of two different languages that give form to new codes and expressions.

For me, it was the medium through which I was able to give shape to so many images in my head. Having started very young I have a bit of a predilection towards this form of communication: it gave me the opportunity to express myself and for this reason I am very fond of it and I remain attracted by it».

«I love music videos in all their forms and expressions so I don’t like to think for genre. I prefer to create crossovers: I have a fascination with the conceptual, and I find it interesting to celebrate the aesthetics of certain artists through playback but at the same time I find fiction intriguing.

Just think of a playback by an artist based on a strong concept or a conceptual music video but with a strong linear narrative component: I like it when there is contamination and more elements are mixed together like a chimera».

«Very often it is the artists themselves who require my direction. I always look for a dialogue and a meeting point: when our vision coincides and our ideas are compatible, the process of writing and approval is always faster and more spontaneous, other times it is more difficult to find meeting points».

«When I receive the song to work on, in a first phase, I allow myself almost always to be propelled by the melody and not by the lyrics, I try to understand through the sound and the tonality of the voice which emotions and images are evoked in my head; in a second phase I read the lyrics, looking for keywords and main themes that can act as a glue and give a more precise direction to the video.

During the writing phase I use a lot of images. I create moodboards almost always without links or reference to other music videos: for me it is very important to create a visual universe and that the artist is not affected by images from other music videos, (when you work with visual references, it is often difficult to disregard the vision of the client from certain images).

I often use photographs, paintings, performative arts, etc. Other times instead I elaborate and draw inspiration from literary works or documentaries, I don’t have a unique modus operandi and I don’t have a formula that can work at an universal level: everytime I try to find the best approach based on the artist I’m working with».

«I’m very self-critical about my work, I don’t have a video clip that I think is perfect and that I’m 100% satisfied with. If I have to choose one, I would say Famoso by Nto, because I was able to make three different elements coexist on the same level: a narrative, that is to say a plot that unfolds; a concept, being a conceptual music video in its essence; and a playback, which differs from the usual idea of playback, because it also evokes certain sensations, especially thanks to the sunset style backlight. I think the video is quite cohesive, and we succed in joining together these different aspects».

THE BEST THING ABOUT THIS WORK

«What I love most about my work is the constant contact with different people and ideas. It’s a very dynamic environment and everything changes very quickly – you always have new stimuli. Over time, relationships of friendship and mutual trust have formed, especially with the Borotalco.tv team, on whom I have relied for almost all my videos.

I consider it fundamental to work with people who esteem each other and whose tastes are known to each other: in this way you can work much more in tune and you get to realize a choral work. In fact, I really like to leave space for my collaborators to express themselves in their specific field».